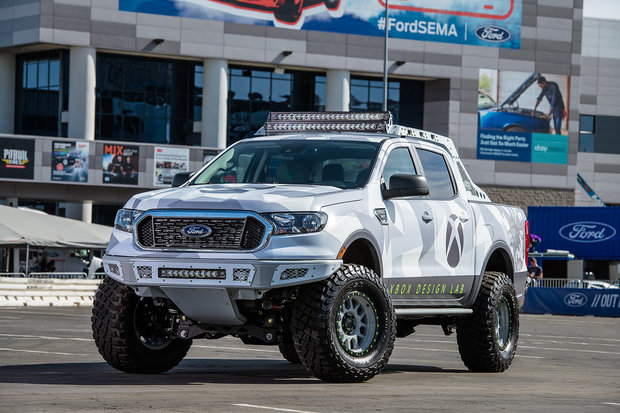 Ford was busy at this year’s SEMA in Las Vegas. The American automaker unveiled five Ford Mustang models and six Ford Ranger versions. Here are the standouts from the craziest auto show of the year.

Galpin is well-known among Mustang enthusiasts as one of the premier tuners for anyone that wants to extract the most power and the most performance from their ‘Stang.

An aggressive body kit and wide body panels were added to the Mustang GT. These, in addition to a wide range of other exterior modifications certainly give the GAS Mustang a unique look. Power numbers weren’t announced, but a supercharger was added to the V8 which likely means more than 700 horsepower.

The CJ Pony Parts Mustang is impressively dressed in a gray and matte gold scheme with HRE wheels wrapped in Michelin Pilot Sport 4 S tires. A Watson Racing roll cage tells you everything you need to know about this supercharged Mustang’s potential.

This may just be the perfect blend of ruggedness and tech. The ADD Xbox Ranger features massive off-road tires by BFGoodrich, a six-inch lift kit, aftermarket bumpers and two light bars, but it also has a screen in the bed so that you can play your favorite Xbox game back there.

These models may not be in our showroom, but we have plenty of other Ford vehicles to offer you. Contact us today to learn more!