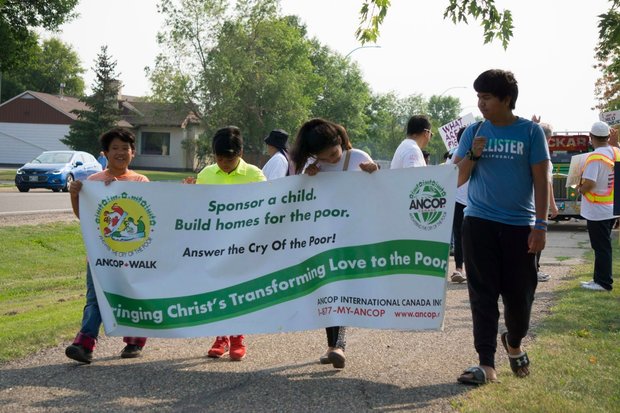 The Vickar Automotive Group are always proud friends and supporters of the CFC- ANCOP (Couples for Christ- Answering the Cry of the Poor) walk. For the first time, an ANCOP walk was held in Brandon, Manitoba. The event was graced by people from Winnipeg, Dauphin, Brandon and Neepawa, the early morning didn’t stop an energetic vibe from people as they set up for the event and as people start to arrive. Along with the cool breeze early 7:00 A.M., people were seen giving hugs and smiles to one another, the Coffee provided by Mcdonald’s Brandon boosted some that just woke up during their drive to Brandon. Larry and Tova Vickar made the trip from Winnipeg to join the people as they celebrate the first time ANCOP walk in Brandon. It was a memorable Saturday last August 19,2017 as people walked about 4kms around the Park and the walk was followed by a short program with performances from kids and teens, from singing to dancing the program was alive and people were participating in each performance. Before people packed and go, a traditional Filipino lunch by CFC was shared by everyone in attendance.