Drivers Going to Be Wowed by All-new Ford Ranger

Drivers Going to Be Wowed by All-new Ford Ranger 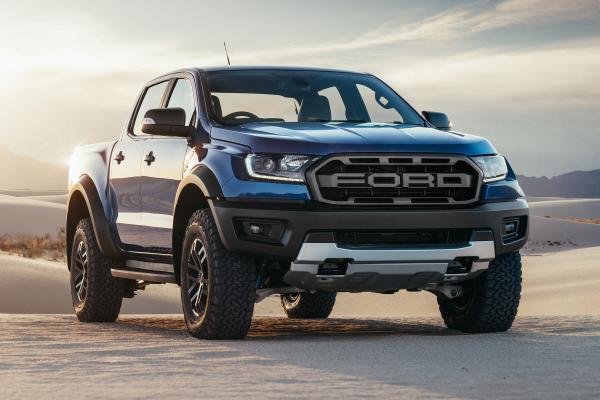 The all-new Ford Ranger – which is expected to arrive at dealerships in late December or early January, is a real WOW truck, according to Kyle Desjardins, Vickar Ford Sales’ new vehicle sales manager.

“We are already taking orders,” he says of the rebirth of the model after an eight year hiatus.

He notes that Ford’s new entry in the small truck market is comparable to Chevrolet’s Colorado and Toyota’s Tacoma.

The reborn Ranger will be available with just the one engine, a 2.3L EcoBoost 4-cylinder, twinned with a 10-speed automatic transmission. A V6 engine which will provide even better fuel economy - will be available later, Desjardins notes.

The Ranger will come in three different trim levels, the XL, the XLT and the Lariat. The FX4 off-road package – which is available with the latter model - features upgraded tires, a steel front bash plate, off-road tuned shocks and suspension, reinforced skidplates mounted to the frame, and standard Trail Control and Hill Descent Control.

There is a two-speed transfer case and electronic-locking rear differential that is an option without the FX4 package.

A new feature for Ford making its debut on the Ranger is Trail Control. It sets a low vehicle speed, replacing hill control and operating like an off-road cruise control that can be set to 1 mph for rock crawling. It can be used on any transfer setting and set with steering wheel controls or by braking to the desired speed, and it will set there.

The Ranger will be offered in supercab and supercrew cab with four fullsize doors.

The new model will have the latest active-safety and infotainment features as well. The SYNC Connect feature in the Ranger creates an in-vehicle Wi-Fi hotspot to which you can connect up to 10 devices, so your passengers can stay in touch wherever you roam. You can also use FordPass™to keep track of your Wi-Fi data usage. The hotspot can be accessed up to 50 feet outside the vehicle.