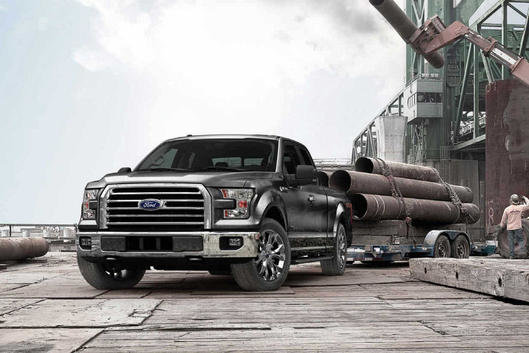 When it comes to choosing a full-size truck like the 2017 Ford F-150 or the Ram 1500, consumers in the Winnipeg area have plenty of comparative work to do.

The reality is that we are dealing with two excellent trucks, and ultimately your choice will be guided by your needs.

On the other hand, the majority of experts agree that the newer and more advanced design of the 2017 Ford F-150 makes it a better choice for those looking for the perfect truck. The market seems to agree with the experts since the Ford F-150 has been the best-selling vehicle in Canada for more than 50 years. Let's take a look at the different characteristics that explain the success of the 2017 F-150.

A LARGE SELECTION OF ENGINES FOR THE 2017 FORD F-150 IN WINNIPEG
As you would expect in this segment, both the Ram 1500 and the 2017 Ford F-150 are offered in with a wide selection of engines. The range of engines offered in the new F-150 is a little more extensive, however, especially on the V6 side of things.

The 2017 Ford F-150 can be powered by a 2.7-liter EcoBoost six-cylinder engine developing 325 horsepower and 375 lb.-ft. of torque available at only 3,000 rpm. Another six-cylinder engine, this time a 3.5-liter, increases power to 375 horsepower and 470 pound-feet of torque. This engine is brand new for the 2017 F-150 and is matched to a 10-speed automatic transmission, the only 10-speed automatic available in the full-size pickup segment at the moment.

In addition, the 2017 Ford F-150 will soon be available to buyers in Winnipeg with a diesel engine. Ultimately, there's no comparison between the 1500 and the F-150 when it comes to their respective engine lineups, and that's simply because Ford’s pickup has the advantage of having been redesigned recently.

To learn more about the differences between the Ram 1500 and the 2017 Ford F-150 in Winnipeg, contact us today at Vickar Ford!