The New 2020 Ford Explorer Has Arrived

The New 2020 Ford Explorer Has Arrived 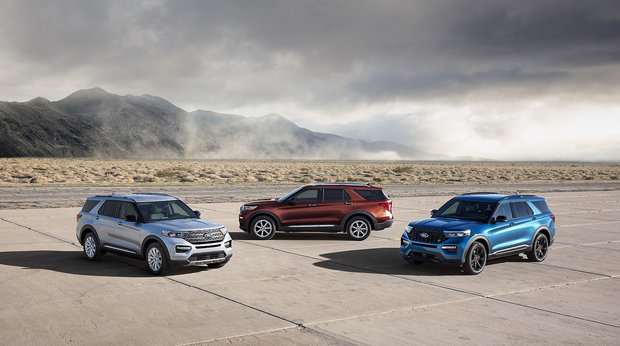 The sixth generation of the Ford Explorer was unveiled in early January with more features, more tech and more powerful lineup of engines. There’s also a new hybrid variant coming.

The Explorer is one of the most important sport utility vehicles at Ford. It offers buyers the kind of performance, space, versatility, technology and safety they want for their growing family. A new generation of the 2020 Ford Explorer is a big deal, in other words, and Ford certainly made sure to make this one their best yet.

More power and more tech in the new 2020 Ford Explorer

There will be two engines in the new Explorer along with the previously-mentioned ST and hybrid models. For now, we will focus on the twin-turbo 3.0-liter V6 and the entry-level 2.3-liter EcoBoost inline-4 engine.

The latter makes 300 horsepower and 310 pound-feet of torque, an impressive amount of power to coming from a four-cylinder engine. You’ll get strong performance out of that engine, but you’ll also get a fair amount of towing capacity with the 2020 Explorer capable of towing up to 5,300 pounds with the tow package.

The next engine in the Explorer lineup is a very powerful twin-turbo V6 with 365 horsepower and 380 pound-feet of torque. Smaller than the outgoing 3.5-liter V6, it will give the driver more power with less displacement and better fuel economy. Max towing with the 3.0-liter twin-turbo six-cylinder engine is rated at 5,600 pounds.

Tech has also dramatically improved in the new Explorer. You’ll get a new massive 10.1-inch vertical screen that reminds us of what you’d find in a Tesla Model S. Other features include the 4G LTE built-in Wi-Fi, Ford Sync3 infotainment and the Ford CoPilot 360 active safety package.

Overall, the new 2020 Ford Explorer is better in every way. It has more power, more features, more technology, improved soundproofing for better comfort, and more towing capacity and interior space.

To learn more about the 2020 Ford Explorer, contact us today at Vickar Ford.