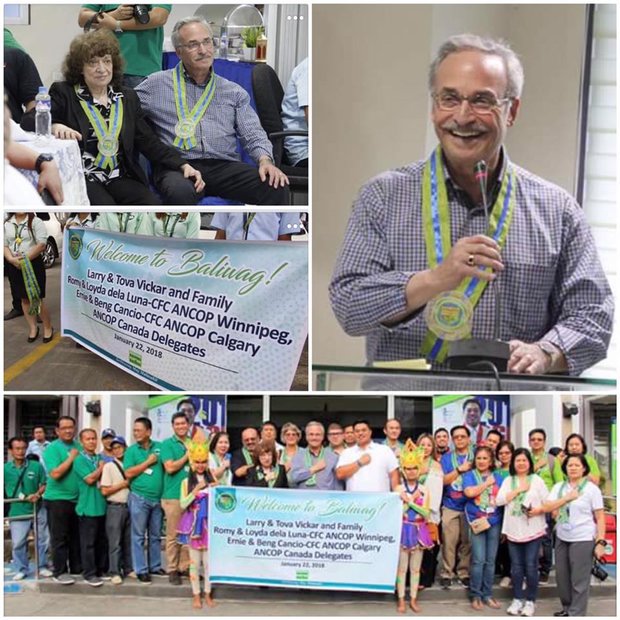 Vickar Community Chevrolet prides itself on being the store where customers send their friends. In a similar vein, Winnipeg’s Filipino community has few better friends than the Vickar Family and the Vickar Auto Group.

Eight years ago, the Vickar Auto Group part­nered with the Transcona Rotary Club and the ANCOP Foundation to build the Vickar Transcona Rotary Vil­lage in the Philippines for un­der­priv­i­leged Filipinos. The CFC ANCOP Foun­da­tion USA is a Chris­tian-based or­ga­ni­za­tion founded by Cou­ples for Christ which helps the very poor in the Philippines and other coun­tries by pro­vid­ing sup­port to se­lect or­ga­ni­za­tions that work with the needy.

Larry and Tova Vickar and the Vickar Auto Group are now partnering with CFC ANCOP Foundation to build a second such village in the Phillipines. This past January, Larry and Tova Vickar, Stephen and Marie Vickar and four Vickar Auto Group staff members spent two weeks in the Phillipines during which time they visited the original village – consisting of 40 homes on Caminguin Island in the southern Phillipines - and looked in on progress at the new village – to be called the Tova Vickar CFC ANCOP Winnipeg Village in Baliwag in Bulacan Province.

“It was a wonderful experience,” says Stephen Vickar who is president of Vickar Auto Group stores Vickar Ford, Vickar Mitsubishi and Vickar Nissan. “The Phillipines is a beautiful country and the people were all warm and welcoming.”

The Tova Vickar CFC ANCOP Winnipeg Village consists of up to 90 units. ”We saw where the families lived before moving into their new homes,” Stephen Vickar says. “That was a real eye-opener. It is quite a difference with what they have now. Their new homes give them hope for the future.”

The first 10-12 homes are scheduled to be completed by the end of April.