Who Needs Winter Tires? You Do!

Who Needs Winter Tires? You Do! 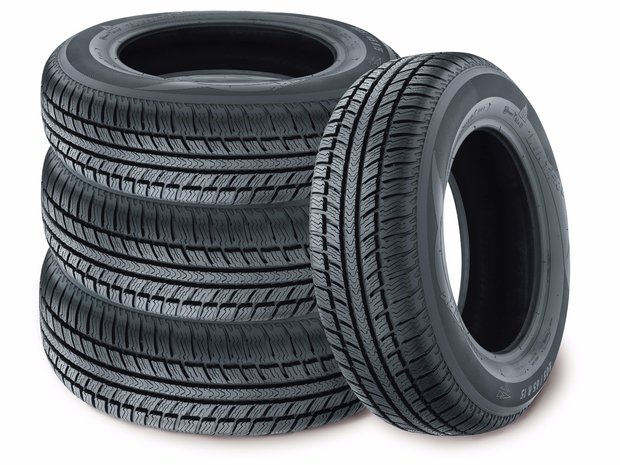 Winter tires are a great investment to make especially with our harsh Canadian winters. See what the benefits are of having them on your Ford this winter.

If you think you know all about winter tires but you've never actually used them or you haven't driven on them for a considerable number of years, you might need to adjust your preconceptions. It's easy to believe winter tires are just for those living near the Arctic Circle, but they're now so good and user-friendly that anyone living where it can get snowy or icy in the winter ought to give them a try.

YESTERDAY'S TIRES
Years ago, snow tires were called snow tires for a very good reason, which is because unless the road you were driving on was covered in snow, it has to be said they were pretty awful. They gave you sloppy handling and offered almost no grip whatsoever on dry and, especially, wet roads. If you had to perform an emergency stop in the dry, you could find yourself ripping entire tread blocks from a snow tire's tread that way. But that was then and this is now, and if you stick to high-quality examples, today's winter tires are little short of a revelation.

The problem used to be that rubber on regular tires would harden as the temperature dropped, which meant the all-important traction would be lost and the vehicle would become unmanageable. The rubber used for snow tires was designed to be soft and grippy at temperatures below around 40 degrees, and that was fine until you came across anything resembling a dry road. If you lived where snow and ice was a permanent fixture for months on end you were ok, but if you lived where the weather could be changeable, snow tires weren't a great idea at all.

Today's Tires
Things have now moved on considerably and modern, high-quality winter tires can not only stand up to dry roads without instantly disintegrating, they also drive fantastically well in all weather conditions. If you've not experienced it, it's hard to believe tires can squeal during an emergency stop on glare ice, but today's winter tires really can do that.

If you think winter tires must have given up some of the cold-weather ability of snow tires in the name of improved handling and durability in the dry, you couldn't be more wrong. Replacing all-weather tires for winter ones when it gets icy can make you feel as though the snow-covered handling track has suddenly turned into a dry pavement.

The one area where things haven't magically improved over time is the logistics of storing an additional set of tires and swapping them over onto your vehicle when the seasons change. The good news is there are ways of taking some of the strain out of owning and using winter tires. The most obvious answer is to have your winter tires fitted to a spare set of wheels. This way you can change them yourself if you want to, or a tire fitter could swap them over for you in minutes. If you don’t have the space to store them or if your vehicle isn't big enough to transport them all in one go, some garages now offer year-round storage of spare wheels and tires for a relatively small amount of money.

So, if you're likely to experience the kind of weather where you could benefit from having a set of winter tires on your vehicle, give the folks at Vickar Ford a call to find out more. You definitely won’t regret it